Diseases and pests of currants, ways to combat them, preventive measures

In Russia, there are 4 types of currants (white, black, yellow and red). Although they differ in color, flavor and aroma of berries, the plants are unpretentious and have similar care requirements. They are affected by the same diseases and pests.

Infections and insects become the main cause of death of fruit and berry bushes. In the presence of concomitant factors, even varieties with strong immunity are affected. Without timely treatment, not only the infected plant will die, but also the crops next to it. To save the garden, it is important to recognize diseases and pests in a timely manner, and to know methods of dealing with them.

Diseases and their treatment

A healthy currant has many bright green large leaves of the correct shape, gives a rich harvest of round berries with a rich taste, easily tolerates winter. The infected plant loses its frost resistance, yields poor yields, and loses greenery. Photosynthesis deteriorates, as a result, the currant dies.

Many diseases are effectively treated in the initial stages. It is more difficult to deal with them later. Therefore, it is important to detect the infection as early as possible. The following signs should alert the gardener:

To understand why currants are sick and what to do, it is important to compare the existing symptoms with signs of disease. 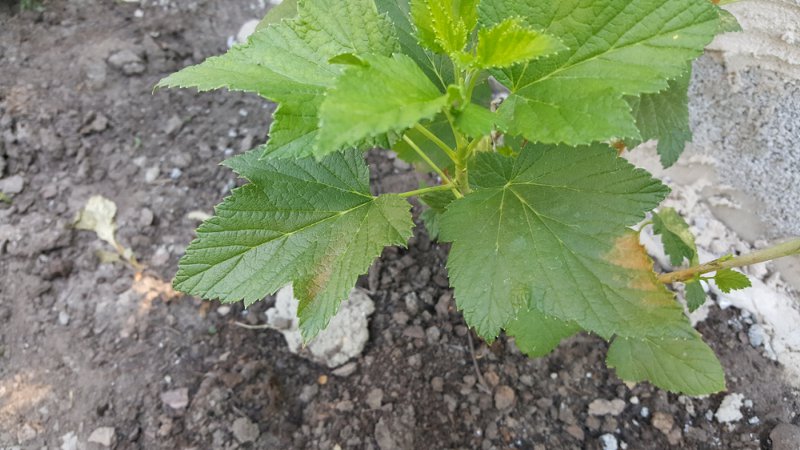 Tuberculariosis is a fungal disease that leads to the drying out of the branches and leaves of a plant. The development of the disease is facilitated by a high level of moisture and mechanical damage to the bushes.

The infection manifests itself as follows:

To get rid of tuberculariosis, diseased branches are removed. Places of cuts are sprinkled with ash and greased with garden varnish. The bush is sprayed with preparations containing copper.

Anthracnose is a fungal disease. The plant becomes infected with it in the spring, but the first signs appear after 1.5–2 months, in the summer. The epidemic usually occurs in July.

Important! The fungus is not afraid of frost and hibernates in plant debris. It is activated during prolonged rains, with excessively abundant watering, the presence of a large number of weeds next to the currants.

It is easiest to treat bladder disease in the initial stages. All affected greens are cut off. Healthy leaves are sprayed with one of the following preparations:

Processing is carried out 1 time in 7 days, in dry weather.

All types of currants are ill with anthracnose, but most often the infection affects the red one.

Septoria, or white spot, is considered a disease of black currant but affects other plants as well. It is caused by a fungus that is activated in summer.

The causes of the development of the disease are thickening of the planting, high humidity, lack of sunlight, poor air exchange.

Before treating the disease, all the affected parts of the bushes are cut off, the weeds are carefully weeded. All collected vegetation is burned.

For the treatment of septoria, the following are effective:

How to cure white rot in a greenhouse.

How to get rid of top rot: proven drugs and folk remedies.

Sclerotinosis, or white rot, is a fungal infection that affects all parts of the plant and leads to the death of the bush. The fungus lives in the soil, is activated at high humidity and weakening of plant immunity.

When the first symptoms are detected, the affected parts of the bushes are removed, the cut sites are treated with garden varnish. The entire shrub is sprayed with fungicides. If signs of the disease appear again, the affected plant is dug up and burned.

Important! If the diseased plant is not removed, the infection will spread to neighboring shrubs.

Powdery mildew - another fungal disease. The fungus is most active in the middle of summer.

The disease is dangerous for the plant: it affects all parts of the shrub, causing the leaves and fruits to fall off, and the shoots to dry out. Photosynthesis is impaired, and the chances of the plant surviving winter frosts are reduced. For several years, the culture completely stops growth and dies.

The reasons for the development of powdery mildew are dry soil, high air humidity, oversaturation of the soil with nitrogen. Currants are infected through the ground, infected planting material and weeds.

Signs of the disease:

The sooner treatment is started, the higher the likelihood of dispensing with serious chemicals. Before spraying the plants with special preparations, all diseased parts are cut off.

The causative agent of rust is a fungus. Usually the plant becomes infected in the middle of summer or autumn. As a result, leaves and berries fall off.

There are two types of currant rust - goblet and columnar. The first is expressed like this:

Columnar rust is no less dangerous. Its manifestations:

All diseased leaves are removed before treatment. For treatment are used:

Currant mosaic is a viral disease that causes the leaves to dry out and fall off and lead to the death of the bush.

The mosaic cannot be cured. Affected plants are removed from the site. To prevent the disease, the bushes are treated with insecticides, since they carry the pathogen of aphids and ticks.

Both a virus and a fungus cause curliness. Both infections are spread by aphids. The signs are the same:

To heal the plant, first get rid of the aphids and remove the damaged leaves. After that, the currants are sprayed with a solution of Bordeaux liquid.

Nectric drying affects only red and white currants. The causative agent of the infection is a marsupial fungus. The disease leads to the drying out of young shoots, and then to the death of the entire plant.

Description of the symptoms of the disease:

To combat the disease, all affected branches are removed. The cut sites are treated with garden varnish, the plants are sprayed with a solution of Bordeaux liquid.

Reversal, or terry, is a viral disease spread by a kidney mite. The disease leads to mutation of currants and infertility.

The disease is not cured. Affected bushes are removed from the site and burned. The site is quarantined for 5 years.

Chlorosis is a disease caused by a decrease in the quality of photosynthesis and a lack of chlorophyll in the leaves of a plant. It occurs due to nutritional deficiencies and poor weather conditions. Expressed in:

To correct the situation, a complex mineral fertilizer is introduced, the care is adjusted.

Marginal necrosis causes excess chlorine in the soil. As a result, the edges of the leaves dry out, the greens become ash gray.

If signs of necrosis are detected, ammonium nitrate is added to the soil. This is done before and after flowering currants.

Pests and the fight against them 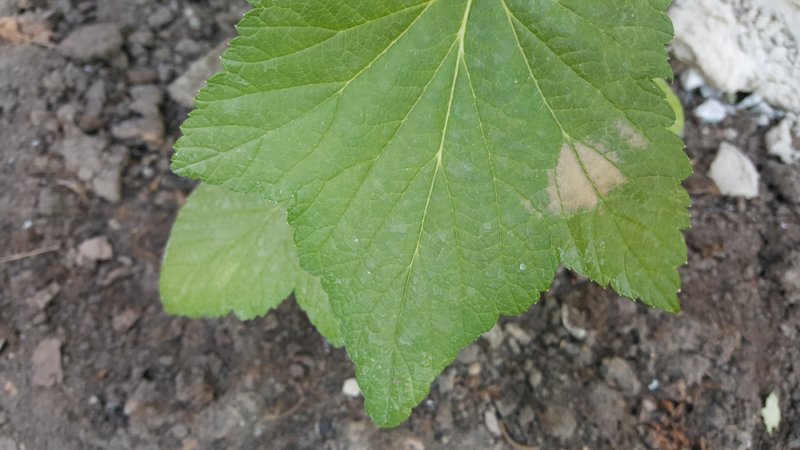 Pests are no less dangerous than diseases. They feed on juices, leaves and fruits, leading to the death of the shrub. Insects often carry viruses and fungi.

How to get rid of spider mites on cucumbers in a greenhouse.

Why is black aphid on cucumbers dangerous and how to deal with the pest as efficiently as possible.

Gooseberry diseases and pests and methods of dealing with them.

Prevention of diseases and pests

Insect control, disease treatment and follow-up care for beginners is not as easy as it might seem. Therefore, it is much easier to prevent problems:

Diseases and pests are the most common cause of the death of currants.They affect all parts of the plant, leading to shedding of leaves, shedding of inflorescences and fruits, drying of shoots. It will be possible to get rid of the problem by timely recognizing the symptoms and choosing the right treatment. Recovered plants take a long time to recover and need increased care, so diseases are easier to prevent than to cure.

Tomato "Red giant": characteristics and description of the tomato variety, reviews and photos

Do undersized tomatoes go to bed: is it necessary to do this and how to form bushes without pinching, varieties that do not require pinching, for greenhouses and open ground

Watermelon varieties for Siberia: which species is preferable to plant in Altai, the best seeds and their photos in the open field