Barley was grown by the ancient Egyptians, Jews and Romans. They used this cereal not only for grinding into flour or beer malt, but also for preparing tasty and healthy cereals. We will tell you what a grain of barley is, what types of cereals are produced from it and what else is this grain good for.

Description and characteristics of the cereal

Barley - one of the oldest cereals cultivated by mankind... Traces of its wild grains were found in excavations of settlements more than 17 thousand years old. About 10 thousand years ago, barley was cultivated and began to be purposefully sown.

In ancient Egypt, barley was used instead of currency. It is known that workers in the construction of pyramids were given grain or barley bread and beer as payment. The Bible mentions that the ancient Jews sacrificed barley grains to God. This cereal was one of the seven fruits of the Promised Land.

In ancient Rome, gladiators were fed with barley: it was believed that on porridge muscles grow faster from it, and the fighters themselves become stronger. In Russia, barley was also known for a long time: due to its unpretentiousness, it was grown where wheat or rye did not ripen. 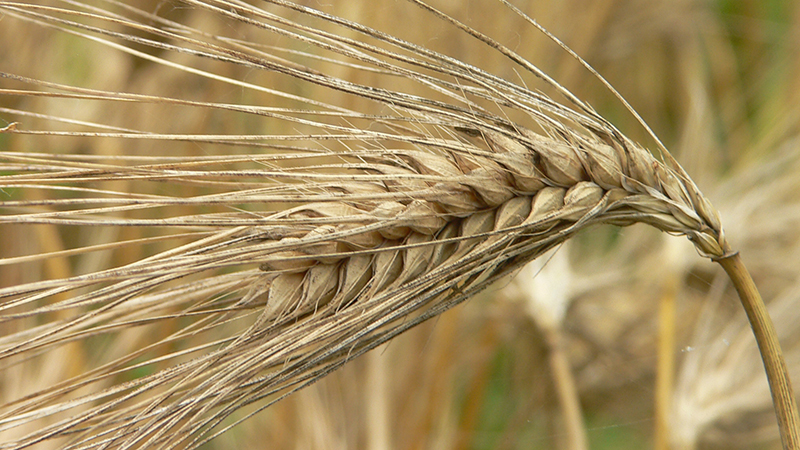 By itself, common barley is an annual herb of the genus Barley of the family Cereals. Its stems are straight, bare, 30-60 cm high in wild barley, and up to 90 cm in cultivated varieties. Leaves are about 30 cm long, straight, smooth and even.

Spikelets are hexagonal with a long (up to 10 cm) awn; they consist of several spikelets, grouped by three. By July-August, caryopses ripen in them, which are used by humans.

Initially, only spring barley varieties were cultivated... By its origin, this plant is from the south, where it manages to reach full maturity during a long and warm summer. However, 2 thousand years after the beginning cultivation experiments on autumn sowing began.

Now the share of winter barley accounts for about 10% of the total. In some countries (for example, in Romania and Bulgaria), spring is practically not grown, having completely switched to winter sowing.

In barley grains there are quite a lot of vitamins of groups A, B, D, E. The calorie content of a portion of 100 g of whole grains is about 288 kcal. This is approximately 18% of the RDA for an adult. Depending on the region, soil and growing conditions, barley also contains trace elements - copper, iron, potassium, selenium, zinc, etc.

Barley has a number of beneficial properties:

What types of cereals are obtained from barley

The whole grain of barley is eaten. It is enough to peel it, wind it and put it to boil on fire. However, barley, turned into cereals, is a product of refined and crushed grain that brings more benefits to humans. Next, let's figure out what kind of cereal it is and what else is made from barley. 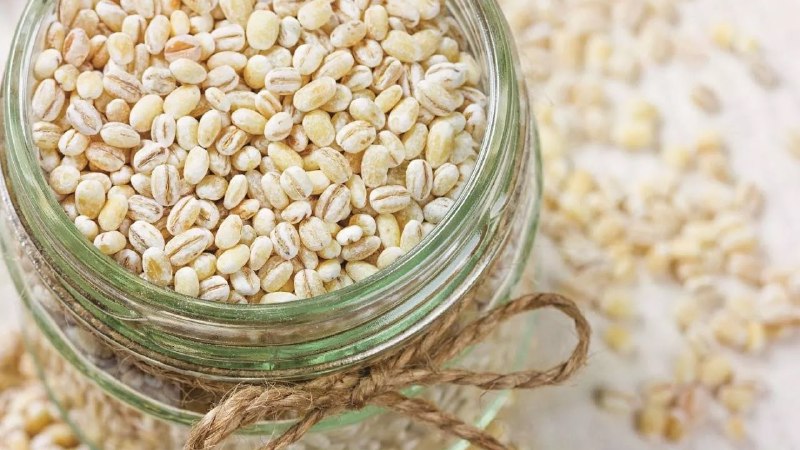 The most famous barley grits are barley. It is obtained from seed kernels as follows:

The pearl barley got its name because the grains in color and luster are similar to small pearls - pearls.

The finished product is sorted using a sieve. The most valuable is considered to be cereals with grains from 1.5 to 2.5 mm. The larger the grain size, the cheaper the pearl barley.

Barley porridge is a traditional Russian dish. Due to the fact that back in the 30s of the last century in the USSR, the industrial production of cheap and long-stored cereals was established, barley was actively used in canteens of schools, military units and correctional institutions. For this reason, pearl barley is often perceived as a low-value product. Of course, this is not so: properly prepared barley is both tasty and healthy.

In addition to the countries of the former USSR, pearl barley is actively used in Italy for the preparation of ordzotto (an analogue of rice risotto), in Sweden, Denmark and Finland. There, porridge, side dishes are prepared from it, and they are also poured into cereal soups.

Important! When boiling, the grains of barley only swell, but do not boil down into a homogeneous mass, like a yak. 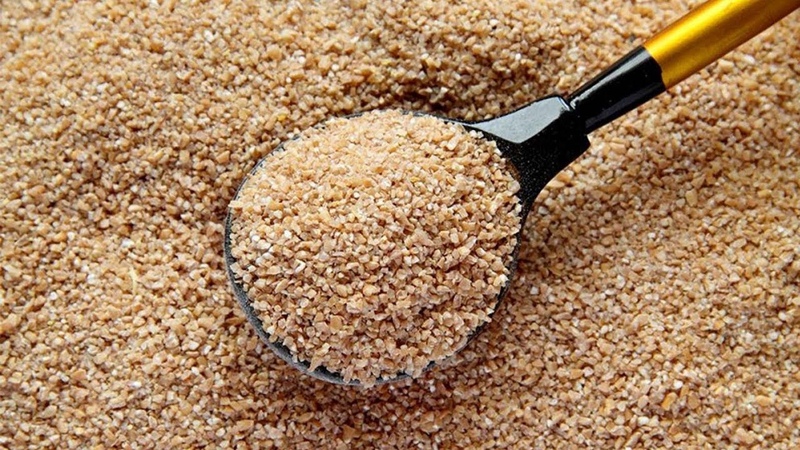 Another type of barley grits is barley. It is produced as follows:

Unlike pearl barley, the pit is not ground or polished, so it:

Yachka is used for cooking cereals, less often as an ingredient in puddings and casseroles. In Scandinavian and Finnish cuisine, it is added to soups.

Due to the high content of starch, which boils down into a paste, barley porridge turns out to be lumpy, homogeneous, and when it cools it quickly hardens and becomes tasteless. In addition, yachka is even cheaper than pearl barley, and the attitude of most Russians towards it is even more negative. If barley is considered a tasteless army food, then the barley is considered as a gruel for prisoners.

Barley and barley account for the bulk of the processing of barley into food products.

However, there are several more options for cereals:

What other ways are there to use barley

Not only cereals are obtained from barley grains, but also other products:

A significant mass of low protein barley goes to fodder.

Barley grains are used for feeding animals in the following forms:

Possible harm and contraindications of barley

Barley groats, decoctions from grains and other products can be harmful when:

According to traditional medicine, barley infusion with honey reduces libido.

Now you know what cereal is used to make pearl barley and beer malt. Barley is an ancient cereal crop. Cereals from it have been used by people for many millennia.

In most cases, barley products are tasty and healthy, but occasionally they can be harmful. When using them, carefully monitor your well-being and if in any doubt, go to your doctor.

Wheat and barley: the difference, how to distinguish grains, a photo of the differences, which is better and heavier, is it the same thing or not

Which carrots are healthier: raw or boiled, calorie content and glycemic index, which contains more vitamins, ghee, benefits and harms to the human body, properties

Is it possible to plant cherries in July and how to do it correctly: instructions and advice from experienced gardeners

How to germinate barley at home and what is it for

Features of the technology of cultivation of barley

What is the Difference Between Barley, Wheat and Other Grains

Who can be fed with feed barley