How and what to treat tomatoes from late blight in the open field: top best remedies and rules for spraying tomatoes

Late blight is one of the most common tomato diseases. It is caused by the late blight fungus. The entire ground part of diseased plants, including fruits, are covered with brown spots. The leaves begin to wither, and the berries begin to rot. Ultimately, this leads to the death of plants and damage to the crop.

It is almost impossible to cure late blight. However, there are many ways to prevent this disease. Vegetable growers use both purchased and homemade preparations. How to process tomatoes from late blight in the open field - read on.

Features of prevention and treatment of phytophthora

Phytophthora is a dangerous fungus, the main cause of death of nightshade crops... It infects tomatoes in cool, damp weather and causes plant death. If the disease has managed to affect the ovaries and fruits, then it will not be possible to save the plants. 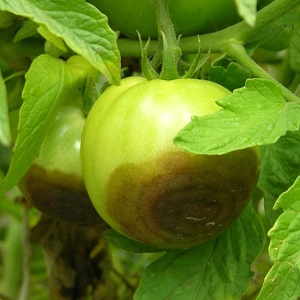 In the early stages of the disease, there is a chance to save the affected plants. To protect the beds from late blight, you need to know its signs:

Such signs appear within a couple of days after infection. Their appearance is easy to predict, knowing the causes of the disease: 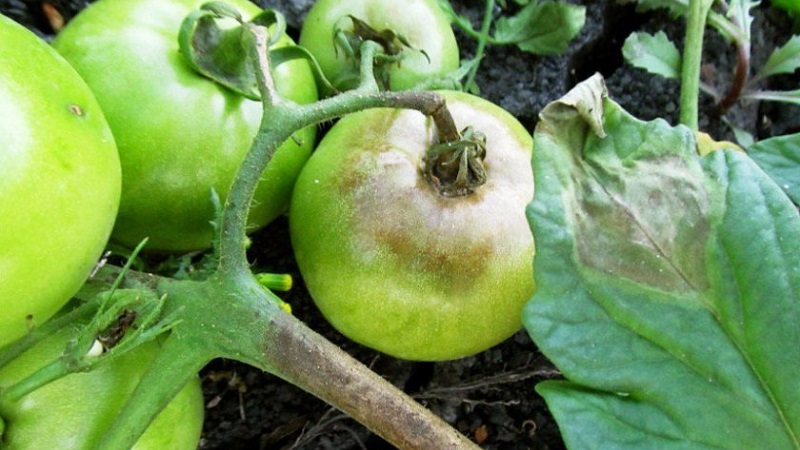 The fewer the factors described around tomatoes, the lower the probability their infection with late blight. Therefore, the main task of prevention is to provide plants with optimal conditions for development.

Plant treatment is possible only in the early stages. development of diseases. If there are many lesions on the plant, such bushes will have to be completely removed and burned.

Methods of dealing with late blight

For the prevention of late blight use three types of funds:

Folk remedies are the safest and most affordable... They are easy to make with foods found in every home. It is allowed to use such preparations even during the fruiting period of tomatoes, they do not poison the fruits and are safe for the environment. 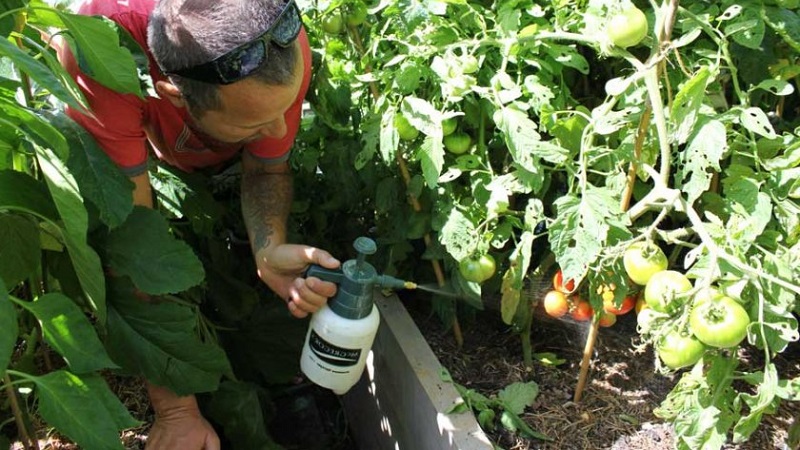 The list includes the most effective recipes for spraying plantings:

Home remedies are used primarily for prevention against late blight. Their use is also possible if the fungus has infected only a few leaves on the plants. In this case, the affected greens are removed.

Note! Many of the described remedies help to fight not only late blight, but also other diseases and pests.

Chemicals contain a high concentration of substances that kill phytophthora... Their use is effective not only for prevention, but also for the treatment of the disease.

The composition of such products contains harmful substances that penetrate into the soil and groundwater. When tomatoes are bearing fruit, they should not be used. Gardeners try not to use such drugs unless absolutely necessary and in the early stages. 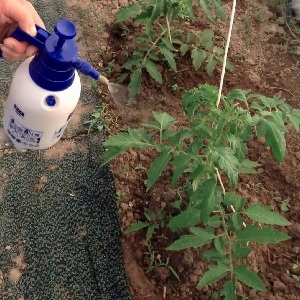 The most popular chemicals for fighting late blight:

These drugs are used not only for spraying tomatoes, but also for irrigation of soil contaminated with late blight.

Pharmacy products are used not only to treat people. They I will also help tomatoes with late blight... The main thing is to use them correctly:

In terms of effectiveness, pharmaceutical preparations are close to home remedies.... They are used primarily for prevention. 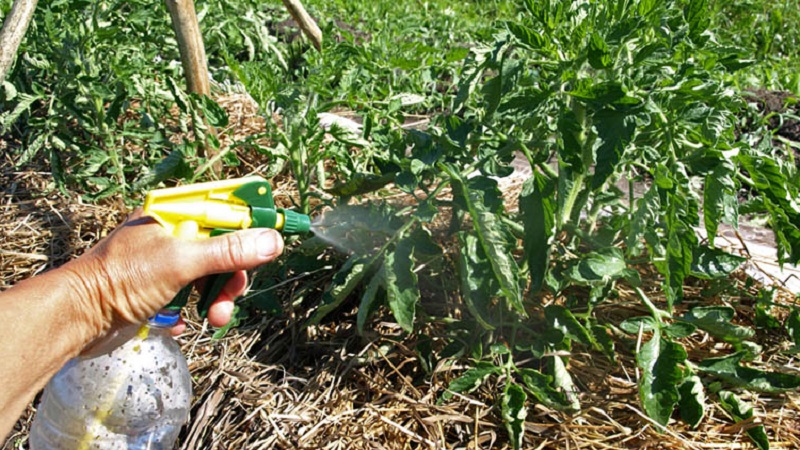 Which remedy to choose depending on the month

At different periods of tomato development, different means are used.... This is important to consider when choosing drugs:

How to treat tomatoes from late blight in the open field 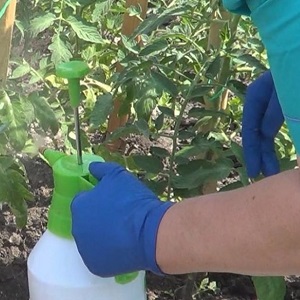 To protect tomatoes from late blight, it is important to adhere to the prevention schedule... This minimizes the likelihood of plant infection:

This schedule is suitable for the prevention of late blight... If the plants are already sick, treatment is carried out more often.

In the early stages, it is possible to stop the development of late blight... For this, the plants are carefully examined and the affected leaves are removed. Places of cuts are sprinkled with ash.

Bushes with an affected stem are removed completely... They are carried off the site and burned. After that, healthy plantings are processed weekly. The soil is watered with a solution of potassium permanganate, "Fitosporin"Or copper sulfate.

Before tillage means against late blight, the soil is watered with ordinary warm water. This will prevent root rot.

There are a number of rules that must be followed, to avoid infection of plants with late blight:

Experienced gardeners know several secrets of the fight and prevention of late blight. The list contains the most successful ones.:

Each grower chooses for himself the best option to combat late blight... Some of them leave useful information in their reviews. 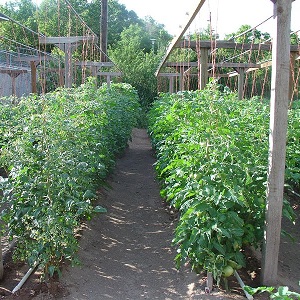 Inna, Moscow: “In our damp, cool climate, late blight is a common problem. I grow mainly cold-resistant varieties with immunity to fungi, but this does not always help. In my experience, fighting late blight when its symptoms appear on plants is useless. I pay maximum attention to prevention. I plant tomatoes in the most sunny areas of the garden, I use drip irrigation. After any precipitation and cold snaps, I must spray the bushes with a solution of furacilin or iodine ".

Andrey, Belgorod: “I grow tomatoes only outdoors. Late blight usually affects them at the end of August. Be sure to follow the rules of care and spray the bushes with an ash solution and soap. If late blight appears in the ripening process, then I remove the unripe tomatoes, wash them with a weak solution of potassium permanganate, wipe them dry and leave them to dry in the sun. I cut off ripe fruits with spots and use them for cooking hot dishes. ".

Late blight is one of the most dangerous tomato diseases. In the later stages, it is useless to fight it. However, there are effective prevention methods. To do this, it is enough to follow the basic rules of care and avoid factors that contribute to the development of a fungal infection.

Special drugs will be an additional help in prevention. They are sold in the store and are easy to make yourself.

Varieties of the sweetest and juiciest pears - what varieties are the most delicious, sweet and large, description and characteristics

Buckwheat with soy sauce for weight loss: diet low-calorie gravy, with what sauce to eat buckwheat porridge on a diet, reviews and results