What to do if brown spots appear on tomatoes: photos of affected tomatoes and ways to save them

Brown spots on tomatoes indicate disease or unfavorable growing conditions. There are many reasons for these symptoms on the leaves and fruits of plants. This article will tell you what to do if brown spots appear on the tomatoes.

Causes of the appearance of brown spots on tomatoes

Spots of brown shades on the leaves, stems and fruits of tomatoes arise as a result of a significant number of reasons.

Brown spots on tomatoes cause fungal infections. To recognize the disease and choose the right treatment, consider the following factors:

In the early stages of development disease manifests itself in the form of partial yellowing of the leaf. Subsequently, a gray-brown necrotic spot with an extensive yellow halo is formed at this place. With the rapid development of the disease, yellowing may be absent. The leaves curl and dry out.

With a high infectious background, humidity and coolness late blight develops rapidly and affects the entire plant, including stems and green fruits. They also become brownish-stained and rot.

In the photo - tomatoes affected by late blight. 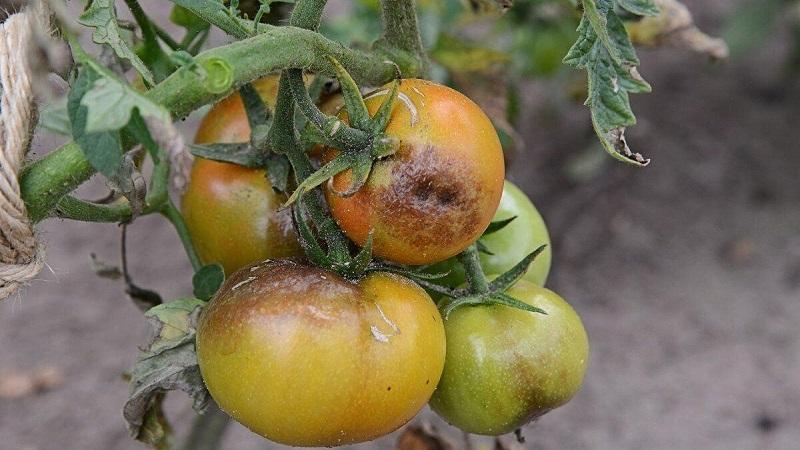 At the onset of the disease, pale green, often symmetrical, spots are visible on the leaf blade, which then take on a bright yellow color. Turn the sheet over with the back to you: you will notice olive-gray bumps with edging and a whitish halo. These are the places of sporulation of the fungus. Without treatment leaf plates dry up and crumble.

Attention! In cladosporia, the lower tiers are primarily affected. Then the disease spreads to the upper leaf mass, as well as to the fruits. Tomatoes become watery, tasteless. The plant dries up. 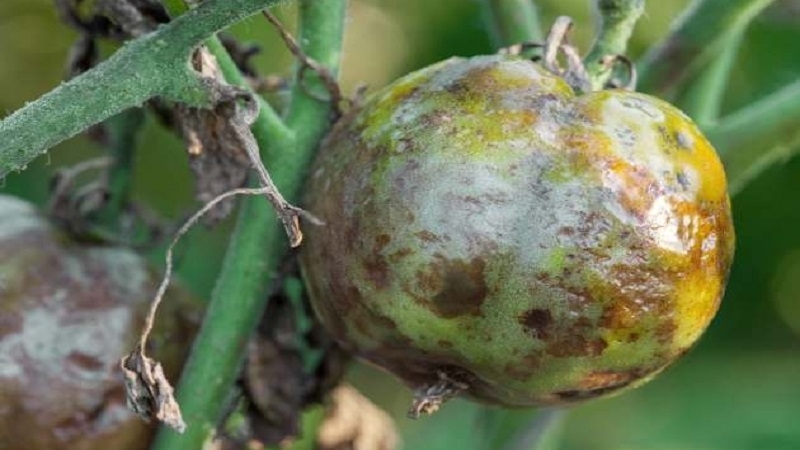 Alternaria is also called macrosporiosis, or dry spotting. You can easily identify the disease by dry dark brown spots randomly located on the leaves and fruits. They are easily distinguished from other fungal infections by concentric circles inscribed in each other and as if pressed into the affected plant tissue.

At an early stage, the spots are located on the lower tier of leaves, then move to the stalks and green fruits... Small lesions resemble black plaque. They gradually increase in size and cover the entire area of ​​the affected tissue, fruits.

On the trunk, the disease manifests itself in the form of oblong brown-gray lines. In this case, it is no longer possible to save the plant. 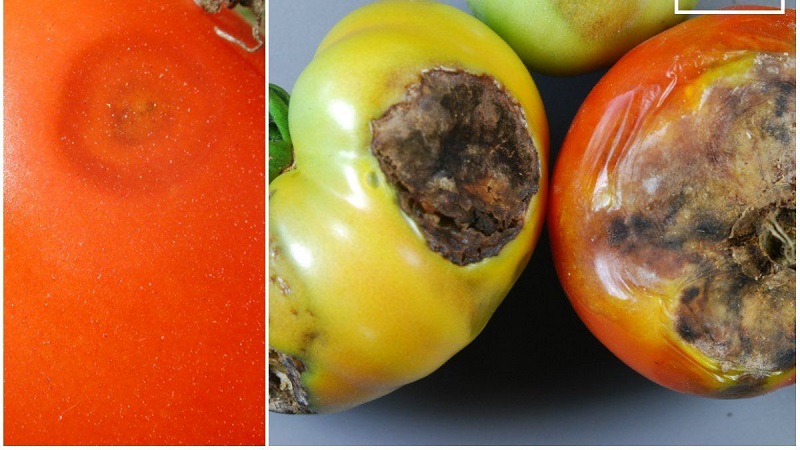 Disease at first it is asymptomatic. The first signs of anthracnose are usually seen on ripe vegetables, often after harvest. But green tomatoes with poor immunity are also affected by the fungus.

On the fruits, small rounded foci are formed, as if pressed into the skin. Later, dark concentric rings appear around them.

The leaves gradually develop reddish-brown spots with a dark or yellow halo around, as a result the leaf dries up.As the lesions increase, the stem acquires a brown-violet color. 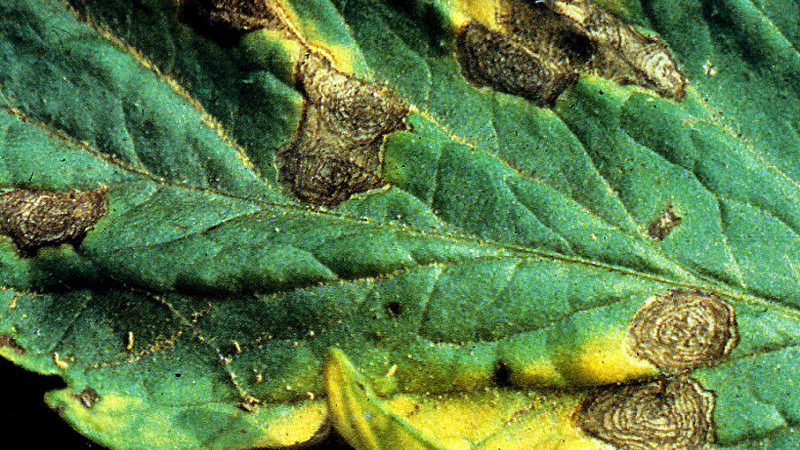 The disease is viral. The color of the leaves becomes uneven - from bright green and yellow to pale.

The leaf plates of a plant affected by tobacco mosaic are formed unevenly, as a result of which tubercles form on their surface. In the future, the leaves curl and wither, the bush dies.

Reference. There is no effective treatment for the mosaic virus. If one of the bushes becomes infected, remove it from the garden and burn it. Preventing the disease will help minimize the risk of infection.

The disease manifests itself as spots of a gray-brown hue, which gradually become wet and covered with a fluffy whitish bloom of mycelium. The disease affects primarily the stems injured during the garter.

On the leaves, stem and stalk, the spots are most often oblong, on green fruits they are rounded. 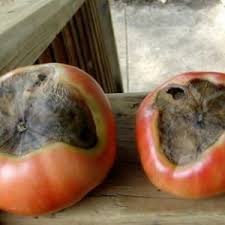 The disease affects fruits at the stage of their growth in the area of ​​the apex: dry or, conversely, watery, depressed spots of brown-black color appear on tomatoes.

Tomatoes, instead of ripening, begin to rot.

The cause of the disease is calcium deficiency and an excess of nitrogen in the soil. The lack of moisture in the soil also plays a significant role.

At the onset of the disease, round yellow-brown spots with dark specks of fungal spores inside become visible on tomato leaves. Also, the disease affects the stems and fruits.

A brown rotten spot appears near the stalk. Its size is 3-4 cm, but already at this stage the tomato inside is completely rotten. The affected area becomes bumpy, easily squeezed when pressed.

Fungal disease is manifested by a general wilting of the plant and damage to the stem in the lower part.

First, brown dark spots appear on it, over time they increase, the leg becomes black, a constriction forms, and the tomato dies.

Pests are harmful to tomatoes: 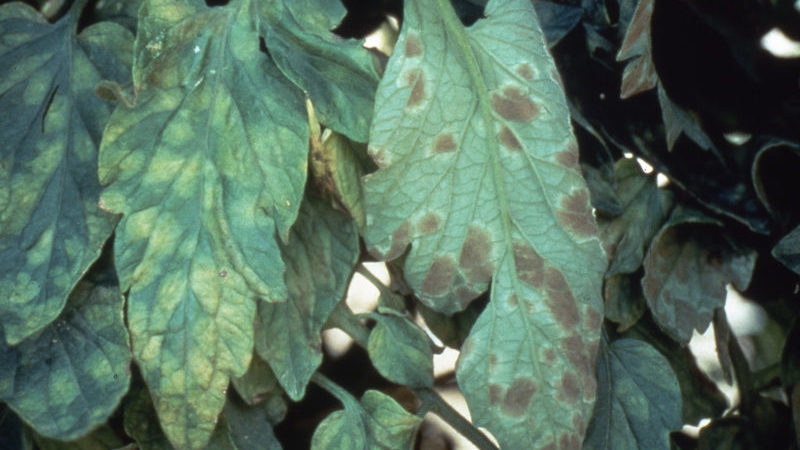 Excessive feeding of tomatoes with nitrogen contributes to the development of rot.

Another factor provoking the formation of stains is a deficiency of trace elements:

Another reason for the appearance of stains is soil phytotoxicity:

To prevent the negative impact of the soil on plants, in greenhouses to fight diseases, use biodegradable and organic preparations based on hay bacillus and trichoderma, as well as apply siderization of the site.

Why do brown spots appear on tomatoes 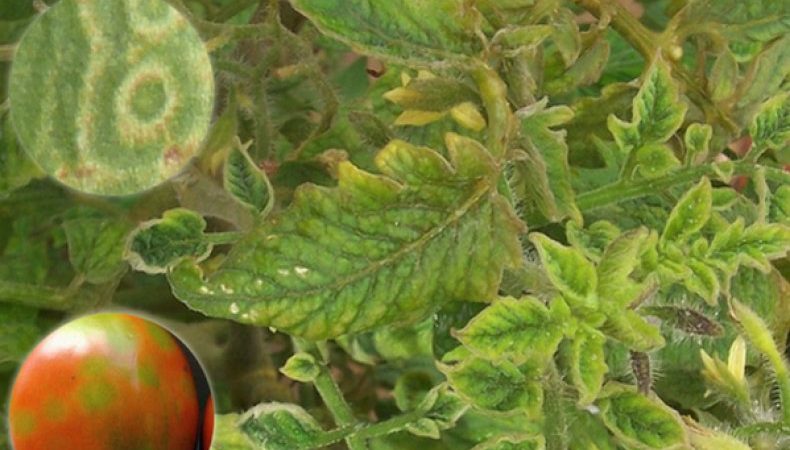 The location and conditions of growing significantly influence the development of tomatoes, their immunity and propensity to disease.

In the greenhouse due to a high infectious background and non-observance of crop rotation, such fungal diseases of tomatoes as late blight, cladosporium, and alternaria most often appear. This is also facilitated by insufficient ventilation, leading to high humidity and condensation.

Greenhouses and greenhouses are characterized by phytotoxicity of the soil to a greater extent than for open ground.

In the open field

Brown spots on plants outdoors are often the result of sunburn due to variable weather or improper watering.

The alternation of rainy and warm days, an abundance of dew contribute to the development of fungal and bacterial diseases. Late blight and gray rot are ubiquitous.

In the open field more difficult than in a greenhouse to stop the spread of insect pests.

What to do: how to treat tomatoes 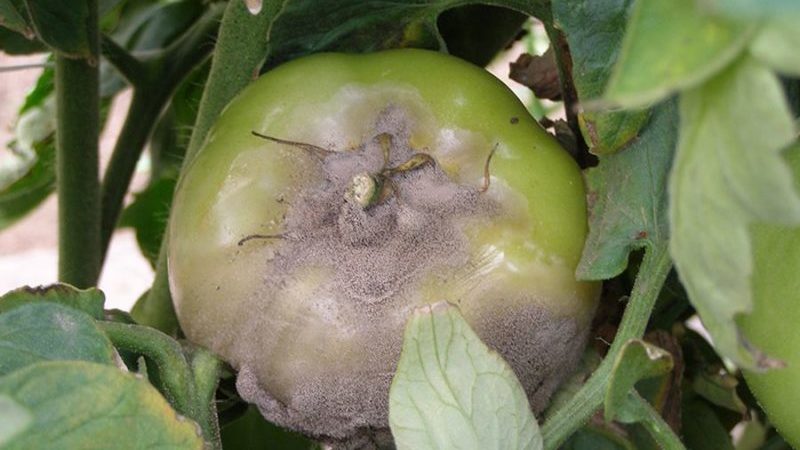 After determining the likely cause of tomato stains, analyze the possible remedies.

In case of detection of fungal diseases, use drugs:

When applying chemistry, strictly follow the instructions, observe safety precautions and processing times. The active substances of the preparations accumulate in plant tissues, so the fruits become toxic for some time. 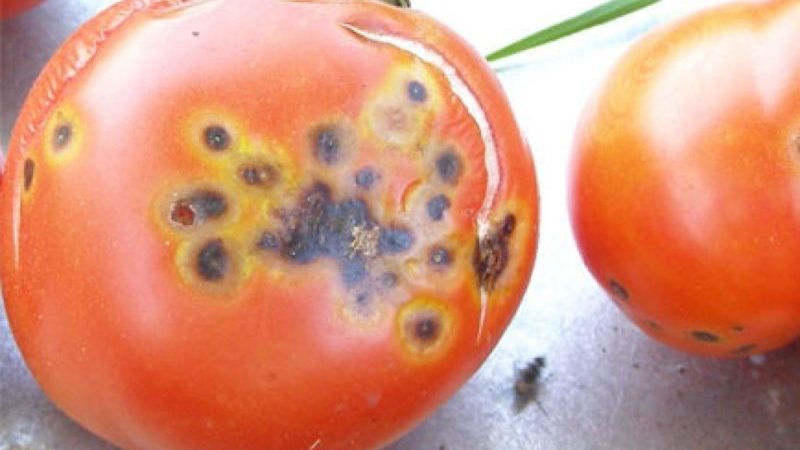 Start fighting fungi and infections with the autumn disinfection of the soil and greenhouse:

If you find brown spots on tomatoes, investigate the cause. In case of illness, use fungicides or antibacterial drugs for treatment.

Fodder potatoes: what is it and is it in nature, how it differs from the usual, what is the difference with a table potato, features of planting and growing

Fresh basil oil (essential): properties and uses in aromatherapy, cooking and not only, which the product contributes